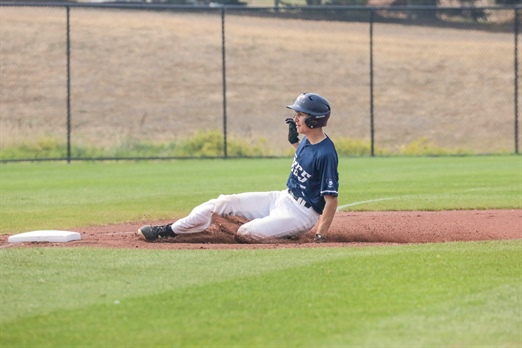 Day five of the 2020 Australian Youth Championships featured several massive games to decide the #AYC2020 finals schedule. Victoria Blue has secured a spot in the U18 bronze medal game against South Australia, finishing with a 5-2 record, while Victoria White is 1-6. In the U16s, Victoria Blue finished day five with a 3-4 record as Victoria White sits at 2-5.

Good luck to all our Victorian teams on the final day of #AYC2020 tomorrow!

Victoria Blue will enter its #AYC2020 U16 fifth-place playoff against Victoria White with bragging rights.

Victoria Blue downed Victoria White on Tuesday in a dress-rehearsal of the 2020 U16 Australian Youth Championship fifth-place playoff.

Ethan Scalzo and Ned Hargreaves each drove in two runs for Vic Blue.

Vic White added runs in the second and third to pull within one before a two-run third put Blue back out on top comfortably.

Tyler Gwin also drove in a run for Victoria Blue.

The U16 fifth-place playoff will be on diamond four at Geelong from 9am tomorrow.

The Australian Capital Territory have finished the opening round of the 2020 U18 Australian Youth Championship with a 3-4 record after edging Victoria White in a wild shootout on Tuesday.

Alex Pellow’s two-run double in the sixth broke the deadlock and lifted the ACT to a 12-10 victory on diamond four at Geelong.

Victoria White pulled level in the top of the sixth before Pellow played hero to lift the ACT to its third win.

The ACT jumped out to a 6-2 lead but Vic White chipped away.

Victoria White drew level in the fifth with three runs and again in the sixth.

Pellow and Dom French had two RBIs for the ACT.

Oswin Wong and Marshall Hansen drove in three runs each for Victoria White.

Adam Harris drove in four runs as Victoria Blue finished the opening round with a U18 win over Country New South Wales.

Blue used a six-run fourth to pull level and took the lead with runs in the fifth and sixth on diamond four at Geelong.

Victoria Blue will finish the opening round in third with a 5-2 record regardless of the result in Queensland and South Australia’s clash on diamond one.

Western Australia are into the #AYC2020 gold medal game against Queensland after downing Victoria White this afternoon.

WA rode a fast start to a 4-0 lead before going on to win 10-6 on diamond two at Geelong Baseball Centre.

Brady Oilphant and Maddux Stivey drove in four runs each for Western Australia, which finished the opening round with a 5-2 record.

The U18 gold medal game is scheduled for 4.30pm tomorrow on diamond one at Geelong.

Both gold medal games will be broadcast live at baseball.com.au/videos.