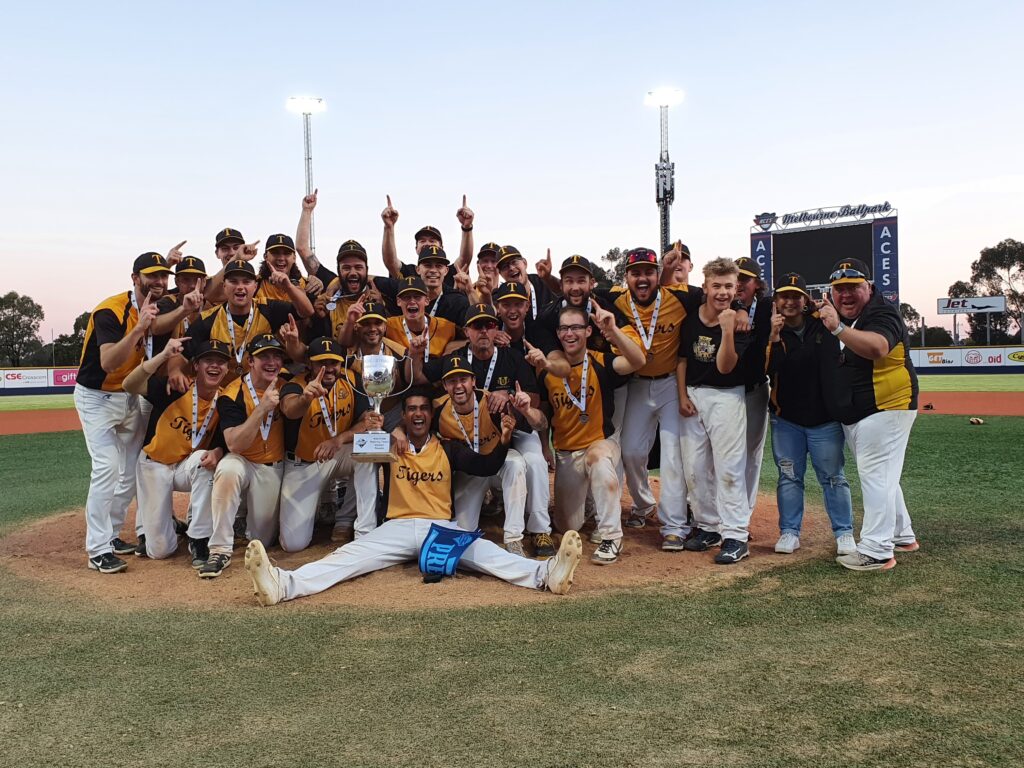 The Tigers beat Essendon in two games to bring home the premiership. Although it was a challenge facing last year's champions, Upwey Ferntree Gully got the job done by jumping on the board early in both games, eventually winning 14-7 on Tuesday night and 4-3 on Saturday at Melbourne Ballpark.

Donavon Hendricks was named the Division 1 Finals MVP, receiving the Harry Wonnacott Medal for his standout performance, which included three RBIs in the first game and a solid eight-inning start in Saturday's clincher.

Game 2 saw Upwey Ferntree Gully take a 1-0 lead in the second before adding three in the fifth. Essendon, determined to send the series to a Sunday decider, wasn't giving up, coming back to score two in the sixth and one in the eighth to put the pressure on the Tigers.

Although the Bombers came within a run, Upwey Ferntree Gully held on, shutting down the threat to secure a one-run victory and the premiership, a huge moment for the club two decades after winning three in a row from 2000-2002.

This grand final glory was made possible in part by two RBIs from Jack Hendricks and three quality at-bats from Jack Ratcliffe, plus strong pitching from Jarrod Turner to close it out.

Congratulations to Upwey Ferntree Gully on the premiership, and well done to Essendon on another strong season!