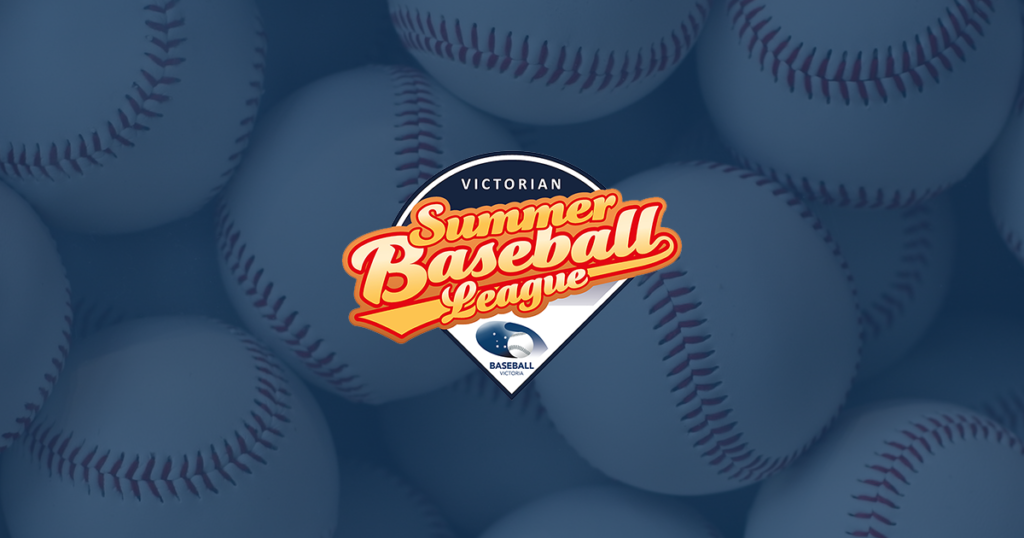 Upwey Ferntree Gully struck first in the 2021/22 VSBL Division 1 Firsts Grand Final, taking out a 14-7 victory in game one at Melbourne Ballpark.

The Tigers jumped on the board early, eager to get in front of the defending champs and take the advantage in the best-of-three decider. Upwey was ahead 7-0 in the third and shut down a mid-game rally from Essendon, going on to score seven more.

Donavon Hendricks led the way, driving in a team-high three runs while Harvey Chinn, Jordan Elliott, and Josh Hendricks had multi-RBI games, too.

The scoring started with Chinn's double in the first, scoring Wade McConnon who had gotten aboard with a one-out single. Elliot doubled the early lead with a sacrifice fly.

A five-run third put Upwey up 7-0, with McConnon and Josh Hendricks hitting RBI singles as an error and two wild pitches also helped the Tigers.

The Bombers battled back with four in the fourth as Jarryd Rogers singled and Darby Sexton doubled to bring Rogers home. With two runners in scoring position, Cody Rodwell launched a three-run home run to centre field, making it a 7-4 ballgame.

Upwey extended the lead by one in the fifth on a wild pitch while Essendon followed up with two runs on a double from Rogers and an RBI single from Scott McIntyre.

The back-and-forth battle continued with Upwey scoring two in the sixth and Essendon getting one back in the bottom frame.

The Tigers held steady, going on to score the final four runs of the game with Sean Meldrum throwing two scoreless innings in relief to close out the win.

Upwey Starter Jarrod Turner threw seven innings with 18 first-pitch strikes, eight strikeouts, and a 1.57 WHIP. Peter Schroeders and Chinn had three hits each as the first five Upwey batters in the lineup all recorded multiple hits.

Game 2 starts at 4:00pm on Saturday 26 March at Melbourne Ballpark with game three (if required) on Sunday 27 March.