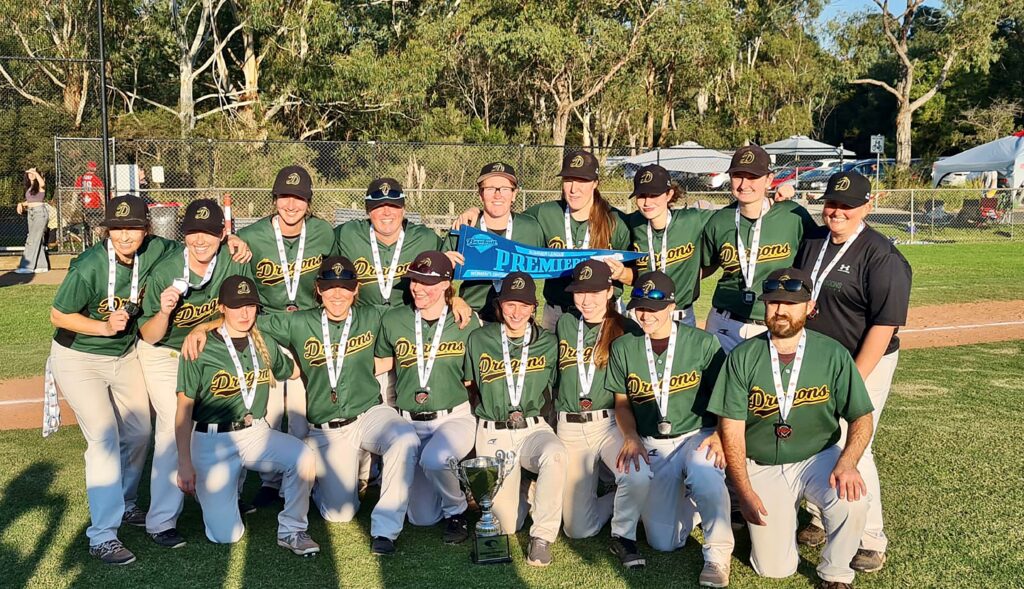 The 2021/22 season finished on a high note with VSBL Women's Super Saturday at Waverley Baseball Club. Five finals across Women's Division 1, 2, and 3 confirmed this year's premiers and showcased some of the top women's talent in the state.

Congratulations to all finalists and special thanks to Waverley for a great day of women's baseball!

Going into this tight contest, Springvale had won four of the last five premierships and finished atop the ladder, but Doncaster rose to the occasion, winning 3-2 in a close game.

After missing out on the premiership in a loss to Springvale the year before, the Bulldogs got the job done with a 9-5 victory over the Rams. Footscray took an early 3-1 lead and eventually pulled in front 9-1 going into the bottom of the fifth before the Rams scored a few late runs, but not quite enough to make up the deficit.

After finishing in first place with a 13-2 record, Waverley won the grand final against second-place South East. The Warriors had one 11 games of their own in the regular season, but fell just short in the grand final, scoring just one run in the final frame as the Wildcats put up one in the first, two in the third, and four in the fifth.

The Wildcats were thrilled with the win as Waverley's last VSBL Women's flag was in Division 2 at the end of the 2016/17 season.

The Bluejays repeated their success from 2019/20 with a solid win over the Panthers, a side they beat in two out of three games in the regular season.

Moorabbin's successful season came to an end as runners-up for the second year in a row, having finished on top of the ladder with a 10-3 record.

North Western prevailed in a high-scoring matchup to bring the first ladies flag to the club. The Titans jumped on the board early but Sunshine soon followed suit, making for an entertaining game.

Sunshine finished the regular season 12-2 in first place and North Western was next at 10-3, with the Eagles coming out on top 12-10 in their round 8 game. The grand final marked North Western's third game with 20 runs or more this year.