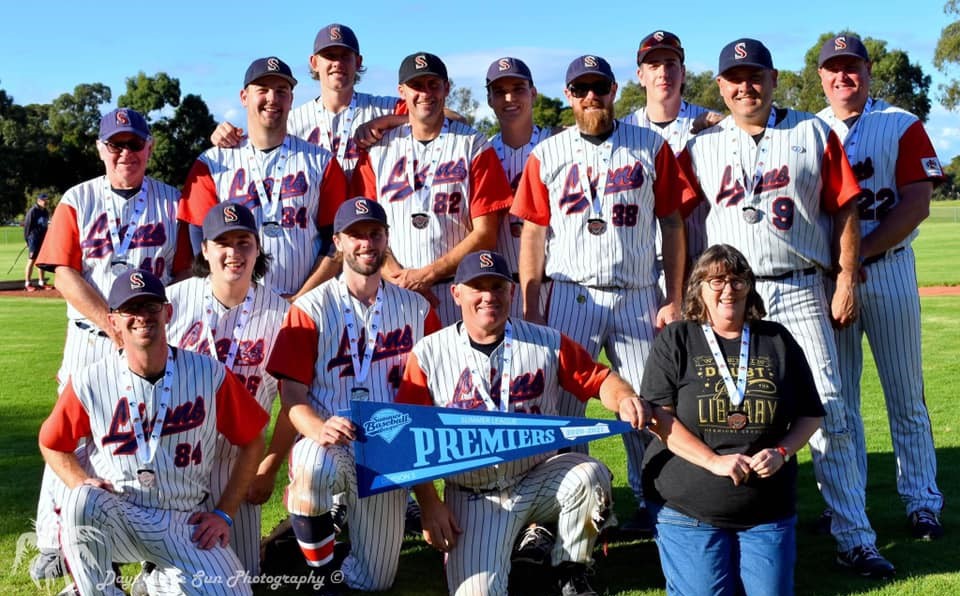 The 2020/21 VSBL season wrapped up with Division 3 grand finals on Sunday 28 March, as well as the Division 1 Fourths game that was rained out the week before.

Congratulations to the premiers and well done on a successful summer season!

Melbourne capped off a strong season where the Demons finished 9-1 in the regular rounds, the same record as Essendon.

Melbourne avenged last year's grand final loss to Essendon by scoring two runs in the last inning for a nail-biting 9-8 victory. Tom Arthur batted in Lenny Chiverton to win the game, which was highlighted by Jimmy Vandethoff's strong performance at first.

After missing out on the premiership last year, Springvale got a 10-7 victory over the Titans, rounding out a strong season in which the Lions lost only once. The Titans were down by four in the bottom of the eighth and despite their best efforts, they fell to the ladder-leading Lions.

Lucas Anderson gave up a walk to start his time on the mound, but a quick pick-off got the out. He single in his first at-bat and came around to score in a four-run inning for Springvale, with singles to Matt Cameron, Scott Baillie, and Mark Richards, plus a double to right from Neal Cavanagh.

The Titans followed up with three hits but six batters were retired in the third and fourth as they tried to play catchup. Scott Baillie came in to pitch and the back-nd-forth battle continued. Adam Thatcher closed it out with the Titans threatening a big rally.

Anderson was the winning pitcher and had three hits, while Baillie got the save with three hits and two RBIs. Neal Cavanagh had a perfect day batting while Rydge Hogan and Mark Richards also had hits.

Both teams finished with an 8-2-1 record in the regular season, but their grand final meeting saw Footscray pull ahead by two for an 11-9 victory. This marked the Bulldogs first Division 3 Seconds premiership since 2012/13, when they won back-to-back after taking out the championship in 2011/12 as well.