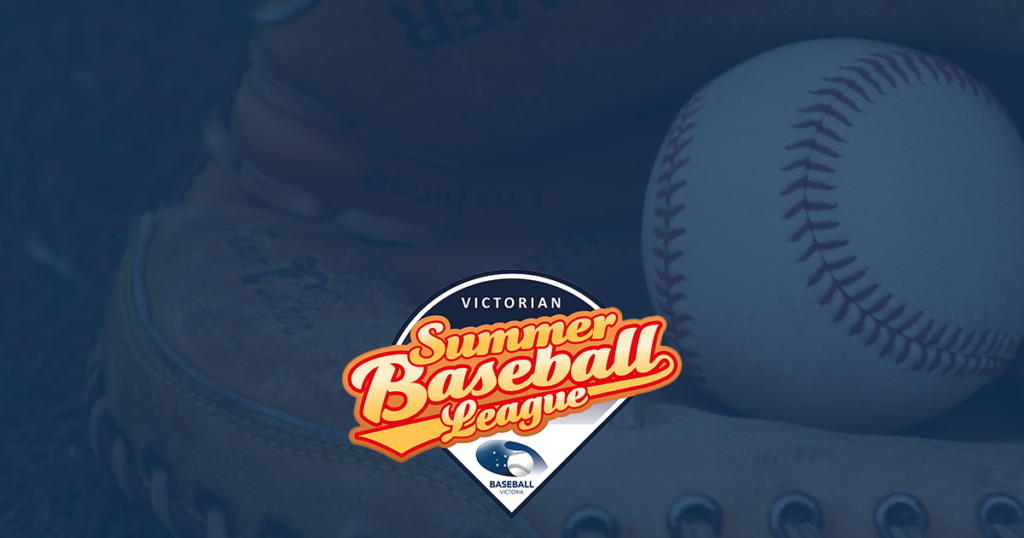 The 2021/22 VSBL season is off to an awesome start as Women's Division 1, 2, and 3 hit the diamond for summer baseball. After wet weather the first weekend, teams enjoyed better conditions in the second round, with plenty of baseball left to come.

View full season fixtures, results, and ladders HERE and check out recaps below.

Springvale secured their first win after last week's washout thanks to nine hits and consistent pitching from Gabby Bevan.

Hannah Jackson and Baylin Rousell each had two singles while Siobhan Stephenson and Shae Lillywhite had a pair of RBIs. Emily Devine was patient at the plate, taking two walks as Lili Cavanagh and Hanami Campitelli plated runs too.

Newport's Claire Costa and Mackenzie Prentice-Evans both put in work on the mound while teammates Laura Sexton and Ruby Dale singled.

Springvale will look to repeat a big day of offense at home v Essendon in the third round while Newport hosts Doncaster.

The Dragons got their first win on the board with strong pitching and six hits.

Essendon pitchers walked just one and struck out eight throughout the game.

Doncaster heads to Newport and Essendon visits Springvale this weekend.

The Lions are now 2-for-2 after besting the Dragons in a high-scoring game.

Brooklyn Hutton handled three innings on the mound for Doncaster, striking out eight and giving up five hits to the Lions.

Doncaster's RBIs came off the bats of Keeley Harrison and Lilly Simpson, although the team fell just short in their first game.

Springvale B takes on Essendon Jets fresh off the bye while Doncaster B visits Geelong.

The Baycats battled hard but ultimately fell short as the Bulldogs kept up the offense all the way through to even thir record at 1-1.

While the matchup was competitive, Footscray had the upper hand in stringing along multiple hits and runs in each frame, thanks to big contributions up and down the lineup from Judy Hamilton, Caitlin Hoy, Kelly Jewers, Amanda Napier, Rhea Sandoval, and Tiffaney Shawcross.

Geelong hosts Doncaster B in the third round while Footscray has a bye.

The Warriors opened their season with a win thanks to a strong offensive performance including seven runs in the first and four apiece in the second and third.

Pakenham's only runs came in the first and third and three pitchers combined to keep the Pumas off the board for the most part.

Round 3 has the Warriors hosting Melbourne and the Pumas visiting Waverley.

The Wildcats made the most of early scoring opportunities, putting two on in the first, seven in the second, and four in the third.

After getting win number one out of the way, Waverley will look to do it again at home v Pakenham while Malvern hosts Upwey Ferntree Gully.

It was Upwey's first women's game in 12 years, an exciting moment for the club as both sides enjoyed a great game.

The defending champs jumped in front by five in the first but the Tigers battled back, making the score 7-4 before a scoreless third.

Melbourne managed two seven-run innings to end the game while the Tigers got three back to finish things off.

The Demons look to go back-to-back this Saturday as they play the Warriors on the road while Upwey Ferntree Gully heads to Malvern.

The Pirates are 2-for-2, following up on their 14-9 win over Research Lower Plenty in the first round with a big win this weekend too.

Preston jumped on the board early with seven runs, followed up by four in the second and another seven in both the third and the fourth. A four-run fifth finished things off for the Pirates, while Malvern got runners home in the middle innings.

Malvern Ormond Glenhuntly faces Research fresh off the bye while Preston has the week off.

The Royals put up a good fight but ultimately Bonbeach came away with the win, their second victory this season.

Bonbeach led 4-1 after the first and soon added seven more in the second, but the Royals powered back with seven of their own in the third. Each team would score once more as the Bluejays finished in front by three.

Both teams are away this weekend as Bonbeach heads to Berwick and Sandringham takes on Moorabbin.

The Panthers scored one more run than in last week's win, taking them just a few runs shy of 40 for the year already.

Moorabbin gave up five runs to Pakenham in the opening frame but put together a seven-run first to take the lead.

By the end of the second, it was a 9-6 ballgame, and the Panthers went on to score five more in the third and a final four in the fourth.

Moorabbin is at the top of the ladder and looking to go 3-0 at home v Sandringham while Pakenham heads to Springvale.

The Cougars racked up the runs for a big win to even their record at 1-1. It was all Berwick from the get-go, with four runs scoring in the first and five in the second.

By the end of the third, Berwick was in front 10-3, and in the final frame the Cougars managed another seven while giving up just one more.

Berwick will aim for back-to-back wins at home v Bonbeach while Springvale hosts Pakenham in the next round.

Geelong has scored 40 runs in the first two games, and this high-powered offense shows no signs of slowing down anytime soon.

Hateley struck out two in two innings while Searle also had 2 K's and a 1.50 WHIP.

2-0 Geelong has a bye next and Fitzroy Doncaster heads to Sunshine.

The Titans got right to work, putting five runs on in the first and six in the second to lead the game 11-1 after two complete innings.

By the end of the game, the Titans led 14-2 to confirm their first victory of the season. Now, the Orange side heads to Port Melbourne and Essendon visits Newport.

Sunshine got the season started off right with a comprehensive victory. The Eagles were only ahead by one at the end of the first, but a seven-run second inning changed the name of the game.

Five more runs in the fourth and six in the fifth confirmed Sunshine's victory, something they will look to do again at home v Fitzroy Doncaster. Meanwhile Newport hosts Essendon.

Port Melbourne has a win on the board after a dominant performance.

The Mariners' victory was made possible by a six-run first and seven runs in both the second and third. Werribee scored once in the first and twice in the second.