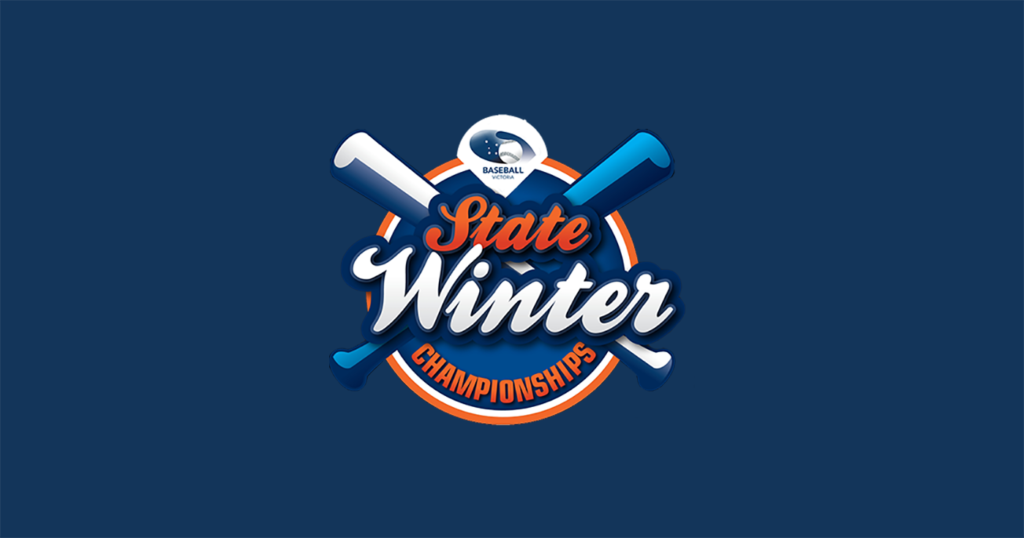 The 2022 U16 State Winter Championship opened in Latrobe Valley on Saturday with nine action-packed games featuring seven teams from across the state.

Geelong is 3-0 while Dandenong and Diamond Valley are both 2-1. City West and Latrobe Valley are 1-1 while Bendigo and North Eastern will look for their first wins on Sunday.

Check out game recaps below and follow along on GameChanger for the latest updates.

Bendigo and North Eastern played to a 5-5 tie on Saturday morning as Bendigo tied the game on a walk in the third inning.

Phoebe Martin, Marcus Murphy, and Callum Bolton all had one hit to lead Bendigo. The team stole nine bases during the game as two players stole more than one. Fynn Murphy led the way with three.

Angus Weal went 2-for-2 at the plate to lead North Eastern in hits. Hunter Wilson led the side with four stolen bases, as they ran wild on the base paths with 16 stolen bases. North Eastern was sure-handed and didn't commit a single error. Weal made the most plays with three.

City West watched the game slip away early and couldn't recover in a 9-3 loss to Geelong.

Geelong fired up the offense in the first inning as Cade White singled on a 2-1 count, scoring two runs.

White led things off on the mound for Geelong. The hurler went two scoreless innings with no hits, just one walk and three strikeouts.

Nathan Rumbelow was on the hill for City West. The pitcher allowed one hit and three runs over two-thirds of an inning, striking out two. Baxter Maynard, Jai DiBlasi, and Walter Le Ferve all pitched in relief.

Stack led Geelong with two hits in two at bats.

Dandenong's effort to come back from down five runs in the fourth inning came up just short, as they fell 7-6 to Diamond Valley on Saturday.

Dandenong collected three hits and Diamond Valley had five in the game. Patrick Matthews led things off on the pitcher's mound for Diamond Valley. The bulldog lasted one and two-thirds innings, allowing two hits and one run while striking out one.

Deakin Mitchell was on the hill for Dandenong, allowing five hits and 11 runs over three innings, striking out four. Blake Ochoa threw one-third of an inning out of the bullpen.

Kai McDonald, Nicholas Kain, and Harry McMillan all had one hit for Dandenong as the team stole 11 bases. Four players stole more than one and Mitchell led the way with three.

Ryley Shanks led Diamond Valley with three hits in three at bats. Zak Stafilis led the team with three out of 11 stolen bases.

Diamond Valley watched the game slip away early and couldn't recover in a 14-0 loss to Geelong on Saturday. Geelong took the lead on a single in the first inning.

Geelong got things started in the first inning as Riley Peoples drove in one when Peoples singled.

One bright spot for Diamond Valley was a single by Ben Grady in the first inning.

Peoples was on the pitcher's mound for Geelong. Peoples allowed three hits and zero runs over four innings, striking out three and walking one.

Joshua Bence was on the mound for Diamond Valley. Bence went one inning, allowing five runs on three hits. Aidan Harrison, Charlie Cook, and Ryley Shanks each contributed in relief for Diamond Valley. Daniel Crichton, Grady, and Harrison had one hit apiece.

Geelong tallied eight hits on the day, including two apiece to Jordan Ellis and Tanner Stack.

Latrobe Valley grabbed an early lead on the way to a 9-4 victory over Bendigo on Saturday. The winning team scored in the first on walks by Austin McConville and Riley Duncan and singles by Kaden Hicks and Ben Denton.

Jarrod Thomas got the start for Latrobe Valley. The bulldog allowed two hits and two runs over one and one-third innings, striking out three.

Jesse Hando started the game for Bendigo. The hurler allowed one hit and five runs. Aaron Bassett and Lachie Dennis entered the game in relief, throwing one and one-third innings and one-third of an inning respectively.

Dandenong scored three in the first and five in the second on the way to a shutout victory. The winning side had seven hits while the pitchers threw a no-hitter. Ned Johnson and Parker Schutt threw for Dandenong, striking out five total.

Kai McDonald and Harry McMillan had two hits apiece while Blake Ochoa also got on base and knocked in a run.

City West got out to a six-run lead in the second inning and held on for a 10-9 victory over Latrobe Valley on Saturday.

Latrobe Valley added five runs in the fourth inning, but City West still managed to pull out the victory. The big inning for Latrobe Valley Baseball Association came thanks to singles by Kaden Hicks and Jarrod Thomas and walks by Ben Denton and Riley Duncan.

City West got things moving in the first inning, when Hudson Pallay singled on a 0-2 count, scoring one run. They scored five more in the second with walks to Walter Le Ferve and Montgomery Pithouse, a single by Diego Appeldorff, and a double by Pallay.

Spencer Tyers led things off on the hill for City West. The pitcher surrendered two runs on zero hits over one and two-thirds innings, striking out one.

Riley Jackway was on the pitcher's mound for Latrobe Valley. The bulldog allowed five hits and five runs over two-thirds of an inning, striking out two and walking one. Jesse Wilson and Connor McKenzie entered the game as relief, throwing one inning and one-third of an inning respectively.

Pallay went 2-for-2 at the plate to lead City West in hits.

Wilson led Latrobe Valley with two hits in three at bats. The team was sure-handed in the field and didn't commit a single error. Liam Duncan had the most chances with three.

Ben Grady drove in five on three hits to lead Diamond Valley past North Eastern 14-2 on Saturday. Grady drove in runs on a home run in the first, a single in the second, and another homer in the fourth.

Diamond Valley got things moving in the first inning when Lachie Rosser's wild pitch allowed one run to score. The side added five runs in the second, led by Joshua Bence, Ryley Shanks, Luke Hutton, and Grady, all knocking in runs in the inning.

Zak Stafilis was on the mound for Diamond Valley. The fireballer allowed zero hits and one run over one and one-third innings, striking out three.

Rosser led things off on the hill for North Eastern. The pitcher went one-third of an inning, allowing seven runs on one hit. Asish Basnet and Angus Weal entered the game in relief, throwing one and one-third innings and one inning respectively.

Grady went 3-for-3 at the plate to lead Diamond Valley in hits and also made the most plays in the field with seven. The team stole 11 bases during the game as five players stole more than one. Stafilis led the way with two.

Ollie Chambers led North Eastern with one hit in one at bats.

Geelong had everything working on Saturday, winning big over Bendigo 14-2. Cade White, Jordan Ellis, and Hudson Carr drove in runs during the five-run second inning.

Carr led things off on the mound for Geelong. The fireballer surrendered two runs on two hits over three innings, striking out five.

Nicholas Walker toed the rubber for Bendigo. Walker went two-thirds of an inning, allowing seven runs on eight hits, striking out one and walking one. Cameron Brain threw one inning in relief out of the bullpen.

Geelong had ten hits in the game, including two apiece for Ellis and White.

Bendigo didn't commit a single error in the field. Aaron Bassett had the most chances in the field with two.