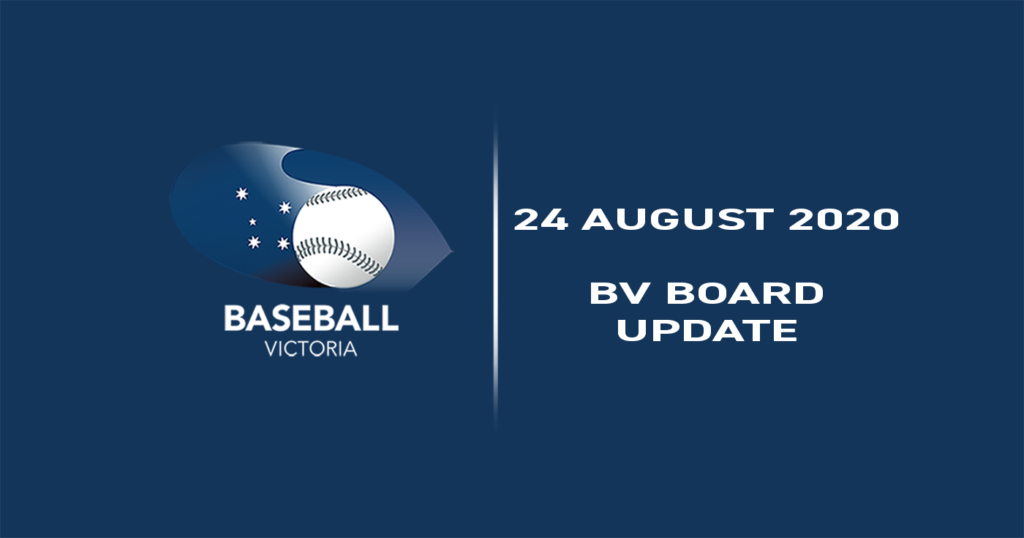 The Baseball Victoria Board of Directors has provided an update for the Victorian baseball community, which includes the following changes:

Baseball Victoria Vice President James van Beek has resigned from the Board.

Joining the Board in September 2014, James has held the Directors Portfolio of Finance chairing the Finance Committee and since May 2018 has also held the position of Vice President.

The Baseball Victoria Board has met and elected Sam Taylor as Vice President.

Appointed to the Board in January 2020, Sam is the current CEO of InteractSport and has worked in the digital sports industry for over 15 years, specialising in the development of electronic scoring and live streaming applications.

Sam is a cricketer by trade having played over 250 matches for Richmond where he is a life member, premiership player and former club captain. In between cricket seasons, Sam has also played seven seasons of winter league baseball.

Sam Taylor has joined Directors Myles Foreman and Grant Weir on the Finance Committee with Myles Foreman to chair the committee following the resignation of James van Beek.

The Nominations Committee will shortly commence the recruitment of three new Directors to join the Board to fill casual vacancies for ratification at the next Annual General Meeting of Baseball Victoria to be held in February 2021.