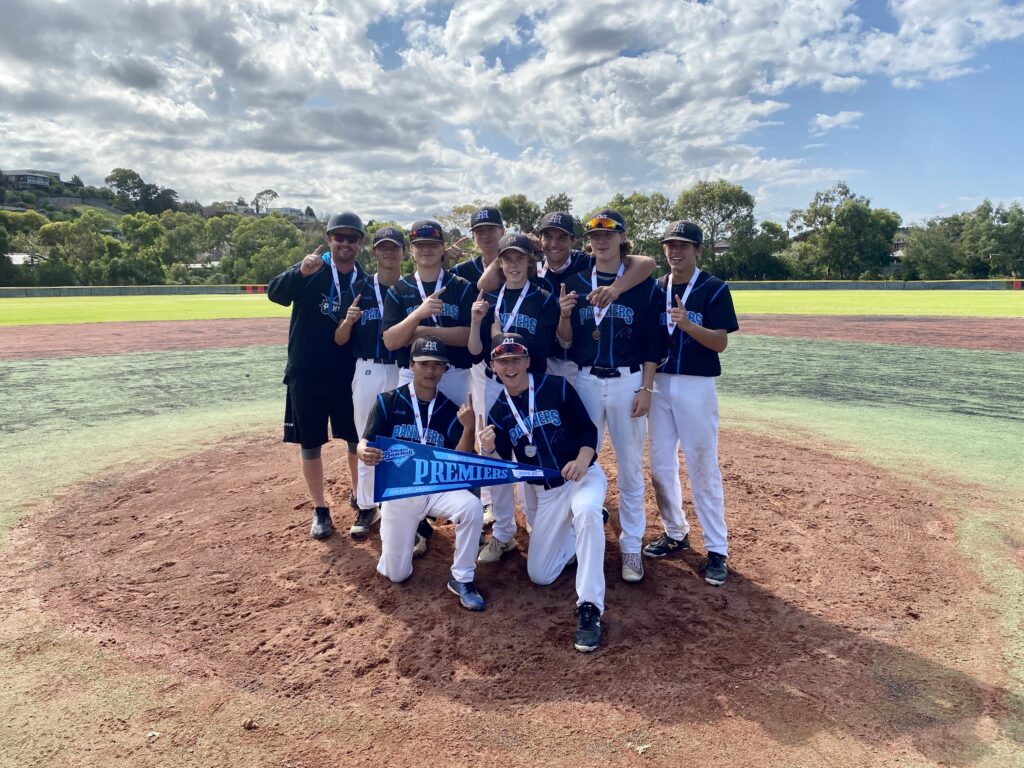 Ben Laux is looking forward to getting back on the diamond.

As club coach for Moorabbin Panthers Baseball Club, Laux hopes to build on the success of the 2019/20 VSBL season as he prepares for an eventual return to baseball activity once restrictions ease.

His passion for coaching is stronger than ever, with plenty of experience under his belt since securing his first coaching role at the age of 21, leading Moorabbin’s Under 18 side when he joined the club in 2002. An invitation from a friend opened up a new chapter in Laux’s baseball career, which had started as a junior in regional Victoria growing up in Sale. It wasn’t long before he decided to make a permanent move, although he’ll always bask in the good old days in the regional spot.

“I first started playing baseball when I was 11,” Laux said. “The early 90s was a great time for baseball in the Latrobe Valley and my club, Sale, had two to three teams in each age group.”

Over the years, Laux built on his natural hitting strength and worked to improve his fielding and footwork. “I never learned much about fielding as a junior in the country so it’s something I had to work at as a senior,” Laux said.

Understanding his personal strengths and weaknesses has helped him develop as a coach. His first stint as a senior coach came in 2011 with Moorabbin, and his constant presence at the club in recent years landed him the club coaching role ahead of last summer season.

A true club man, Laux strives to be a useful resource and point of contact to provide the right environment for all players. “I encourage hard work and I try to reward it. When I coach a team, I try to find the synergy,” Laux said. “Where if you work for your team, then you’ll get twice back in return. It’s what makes memorable teams."

After a big summer followed by the unprecedented COVID-19 pandemic, Laux is excited for the future of his beloved club. “The club put a strong focus on our junior program about six years ago and currently, we’re seeing the result of that with a young senior list,” Laux said. “We’ve worked hard at building a strong environment, somewhere where the players enjoy turning up and are motivated to use the resources provided to them.”

Laux is eager to see the young junior group transition into senior players for the club, which received a boost when the Bayside City Council committed to updates at A.W. Oliver Reserve.

“We’ve just had a new clubroom built including new batting tunnels, dugouts and bullpens with scope to re-do the back nets in the upcoming budgets,” Laux said. “Adding that to our field lighting gives us some solid resources to add to the program.”

Laux believes Moorabbin is contributing to a state-wide approach of giving young players opportunities, regardless of short-term wins or losses. “There’s a lot of players from my era that are coming to the ends of our playing days and it’s great to see them mentoring the next generation through their club,” Laux said. “It’s something I’m passionate about. Making sure we leave the game in a better place than when we got here.”

There are so many fantastic memories that reaffirm his love for the game and motivate Laux to keep going, such as Moorabbin’s 2015/16 VSBL Division 2 Championship. “Winning the Division 2 Premiership with Moorabbin was special, a great team with some great people,” Laux said.

He also looks back fondly on representative opportunities throughout his countless baseball adventures.

“Playing several years with the Victorian provincial team were great experiences,” Laux said. I played some really good quality baseball with some great teammates and coaches.”

With a friendly, positive and encouraging coaching style, Laux is popular among players who appreciate his approach to the game. In addition to his role at Moorabbin, Laux coached the Southern Mariners Junior League team in their 2019 campaign that led to nationals. He also spent time coaching in America with the Bakersfield Train Robbers in the Pecos League under Cheltenham’s current head coach Bryan Kloppe.

After a generous break, Laux is prepared to coach his club to success when baseball returns.

“I think the break has been great however, better circumstances would have been nice,” Laux said. “Personally, I feel refreshed and I know that the players are excited to get back out there.”

Laux is always willing to help players who want to get better, and his top piece of advice is to keep learning. “You get so much out of the game if you give of yourself. Whether it’s being the best player you can be for your team or assisting other players to give the same, you get so much back,” Laux said. “I’m learning more and more about coaching all the time and I’m continually adapting.”