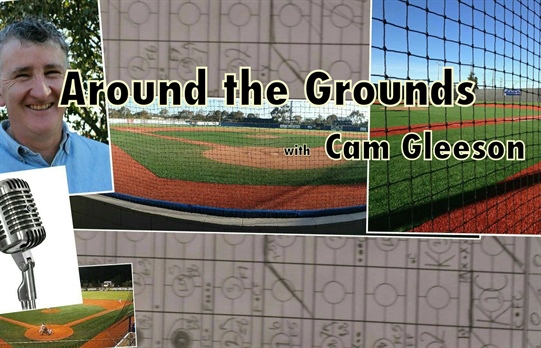 Moorabbin came into the game being led with both bat and ball by Mulherin and Mussen. Meanwhile, Port Melbourne are being lead by the Rogers brothers and Geoff Holland all of whom are batting well and pitching.

Moorabbin were 11 wins and 3 losses before the game and Port were 10 losses and 4 wins. Both teams have a drawn game. This game precedes the Christmas break so there should be no limit on the use of arms, meaning that both teams should throw their aces in pursuit of the win.

In the top of the first Jansen got HBP with one out then Musson hit a hard ground ball safely to right. Laux looked keen to hit in a long at bat then drew a walk, which loaded the bases. Another strikeout made it two down then Katz singled to right and scored one. The wind played havoc with a ground ball hit by Ballantyne through short and two runs scored. The innings then ended with a pop-up to centre. Moorabbin 3, Port 0.

Bottom first- Musson started it with two strikeouts and a groundout ended the dig when Laux did well and picked a ball out of the dirt at first.

Top two- Mulherin lead off and got HBP and we were back at the top of the Panthers batting order. O’Shea sac bunted to put Mulherin into scoring position. Desmeot steadied from there and ended it with a strikeout and groundout.

Bottom two- Musson didn’t look troubled and sat the batters down in order.

Top three- Desmeot looked like he was adapting to the windy conditions and was landing his off-speed pitches for the first two outs. Katz weathered a long at bat and singled to centre but the pitching was too good and he stayed where he was after another strikeout. Port Melbourne 0- Moorabbin 3.

Bottom three- Musson started it with a strikeout throwing straight down the middle. Ung hit a hard line drive to centre, but then nearly got picked off at first. Musson’s move was very quick. Staci Rogers got on after a DTS to make it first and third occupied after a pass ball had advanced the runner with two out. Then there was an error that scored a run to make it 3-1, still in Moorabbin’s favour. Another groundout ended it there.

Top four- Mulherin hit hard safely to right with one out and Merritt made a good groundball play to second for the second out. Desmeot was doing well in the wind to hold the Panthers who were swinging hard and ended it there with a groundout.

Bottom four- Musson looked in command and sat the batters down in order again.

Top five- Desmeot made quick work and took his turn to sit the batters down as they came up.

Bottom five- Hay got a one out hit (his first as a ones player) that fell between the fielders in right but Musson was still in command and left him on base. Moorabbin 3, Port Melbourne 1.

Top six- The game was confirmed as a pitching duel when Desmeot sat the batters down in order again.

Bottom six- Musson, on the hill for Moorabbin,  didn’t look like he was going anywhere as he again gave his team an opportunity to bat.

Top seven- O’Shea bunted safely to lead off then advanced on a wild pitch. Desmeot steadied though and got a strikeout looking. Then O’Shea scored on an error and the substitute got caught stealing second before it ended with a groundout. Moorabbin 4, Port Melbourne 1.

Bottom seven- Moorabbin turned a 4-6-3 double play to end it and send us to the eighth.

Top eight- Wheeler got on with an error and scored on another wild throw after Katz hit to right. Desmeot made way on the mound for Lindsay Webb with one out. Moorabbin 5, Port Melbourne 1. Dewar singled and Mulherin got an RBI on a groundout. Then another groundout ended the innings. Moorabbin 6, Port Melbourne 1.

Bottom eight- Musson, looking formidable on the hill for Moorabbin, was on target and ended the game there.

Outstanding pitching from both starters and good team batting from Moorabbin to take the win.