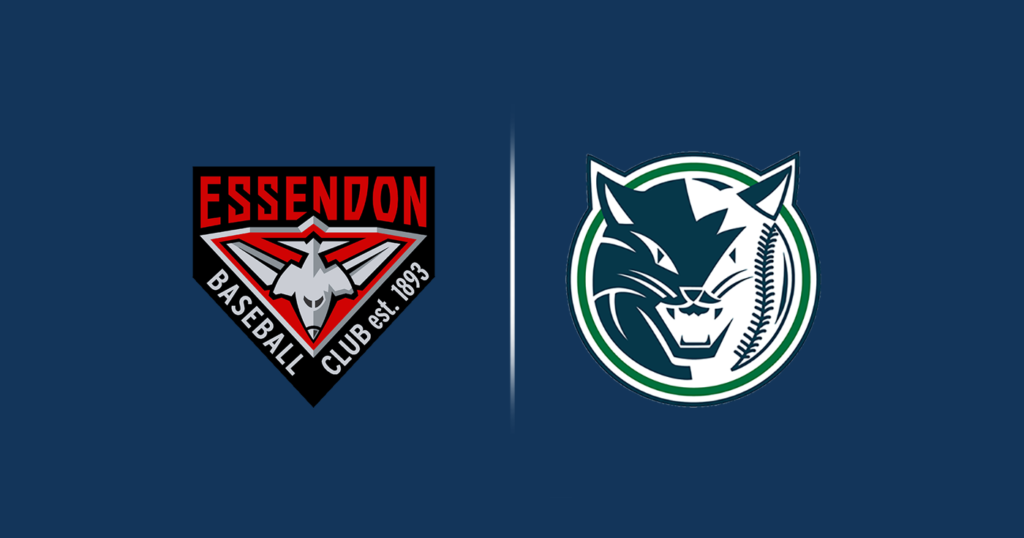 Essendon and Geelong Baseball Clubs have teamed up to recognise their long-time secretaries with a touching trophy and tribute.

The Bombers and Baycats will face off at Essendon’s Boeing Reserve on Sunday 6 February for the inaugural Secretary’s Cup in honour of Julie Jones and Leanne Gibbons. Both dedicated secretaries are well-known and much-loved not just at their home clubs but around the wider baseball community, which is why Essendon and Geelong came up with the idea for a special round. The winner of the cup will be decided by who wins the four VSBL Division 1 teams (Firsts through Fourths).

This isn’t the first time these two have been recognised, as they were named joint winners of the BV Volunteer of the Year Award in 2012/13. Julie is a Baseball Victoria and Essendon life member who has served as club secretary since 1999, while Leanne has been secretary of Geelong for over 20 years and is often seen scoring or serving customers at the club canteen.

As two hardworking secretaries, scorers, and cherished club volunteers, Julie and Leanne are known  for going above and beyond to support their clubs and Victorian baseball as a whole, whether it be at a VSBL matchup or winter tournaments.

Essendon President Tony Cornish holds his club’s stalwart in the highest esteem. “Julie is an amazing contributor to EBC. She makes us look good and ensures all the i's are dotted and the t’s are crossed,” Cornish said. “Her heart is always in the right place and if we ever disagree, she usually wins! She is strong, competitive, and passionate about all things baseball and understands how to make it all work.”

“There is no doubt in my mind that EBC would not be the club it is without her. It’s never about her, EBC is always first, second and third for Julie Jones.”

EBC Club Coach Peter Giles added his support for the Gibbons-Jones Cup. “Both Leanne and Julie are not only incredible contributors to their respective clubs, in many ways they are the backbone of baseball in the state. Their loyalty and passion transcend their roles – they mean everything to their clubs,” Giles said.

“Introducing this cup to honour Julie and Leanne was a no-brainer. Both clubs are very close on and off the field and this type of initiative is not the first time we have collaborated on something a little different, having previously played a regular season game against each other in Julie’s hometown of Bendigo a few years ago.”

Geelong President Adam Renouf shares the sentiment, explaining how the Baycats were more than happy to support the idea. “Leanne is the epitome of the club – she’s a volunteer, life member, hot dog cooker, scorer…she means everything to the club.”

“We are lucky to have such two powerful women to name this trophy after. I think it’s fantastic that in 40, 50, 60 years’ time, they will be remembered for everything they did when baseball wasn’t an overly popular sport in Victoria.”

While both Julie and Leanne are humble about their accomplishments, they are honoured to be recognised by the clubs they love so much. Julie says she doesn’t see what she does as anything special, explaining “EBC is like a family and everyone does their 1/9th to make it work, not just one person. Although the fact that it is also honouring Leanne Gibbons is fantastic, as she has been a huge part of Geelong and how they have progressed since she has been secretary. We seem to have some fun together, whether it's scoring or catching up at meetings.”

Julie notes that the club means a lot to her family, as her husband and sons joined Essendon over 30 years ago. “We were welcomed and supported right from the start and that has continued to this day.  I am so grateful that all those years ago, EBC Hall of Famer Russell Edwards suggested that EBC would be a great club for us to be involved, as I am not that we would have fitted in as well anywhere else!”

“The trip down the Calder Highway from Bendigo every week has improved over the years, we have become very familiar with it and know just about every pothole and where it is important to be make sure that you adhere to the speed limit.  Being a part of EBC is just a way of life for us really. I have loved watching the players progress through the juniors to seniors, to grow and develop into strong and responsible adults and then for the next generation of players to come along.”

Julie hopes Essendon continues to be family-oriented with strong junior and senior programs and dedicated volunteers. “It really is a family club for us as my daughter Sally-Anne is Junior Secretary and now our grandchildren are playing at the club, which gives us an added reason to be a part of EBC for some time to come."

Down the road at Geelong, Leanne has the same loyal commitment to her club. “I don’t do it for accolades or awards or any reason other than wanting to do it. The club is my family and its my happy place to be. I hope we can just to keep growing juniors and be one of the strong clubs."

Leanne has plenty of wonderful memories with Julie, too.

“I love catching up with Julie when we score together and always look forward to it as we’ve scored many years together. It’s never a chore, it’s just we do what we do because we love doing it, and we just hope to make a difference in people’s lives, creating a happy place for people to come.”

Join Essendon and Geelong for the first annual Gibbons-Jones Cup on Sunday afternoon, with the VSBL Division 1 Seconds starting at 1pm followed by the Firsts at 3:30pm at Essendon. The Thirds and Fourths will play at Geelong with games starting at 1:30pm and 4:00pm.