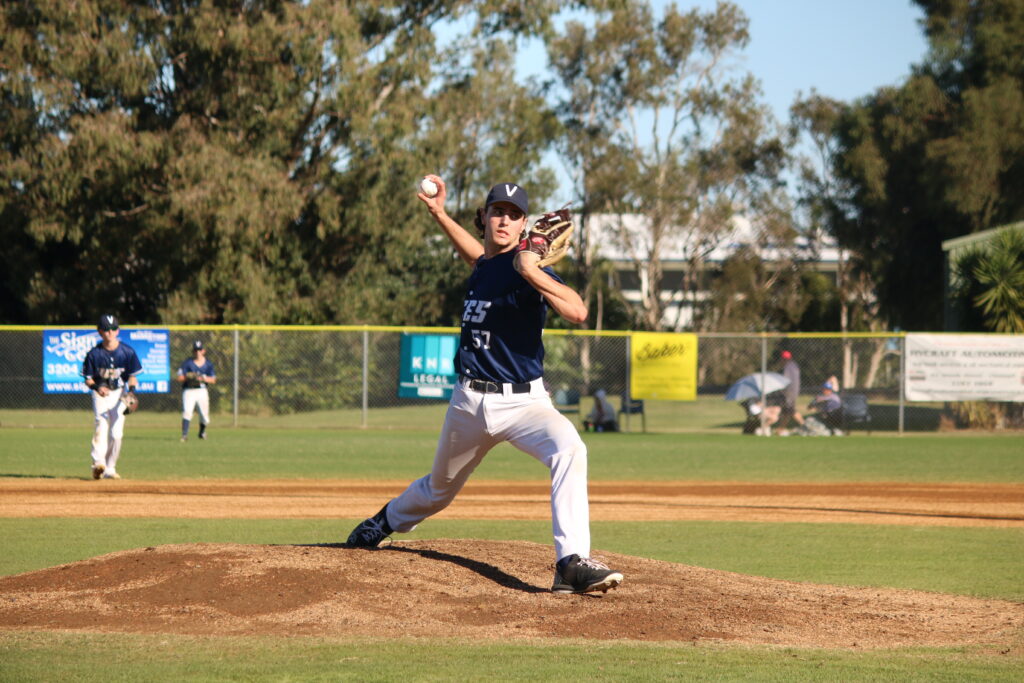 Logan O’Brien has enjoyed a big month of baseball, helping the U16 Victorian State Team to a strong second-place finish at the 2022 Australian U16 Youth Championship in Redcliffe, Queensland.

In addition to the silver medal, Logan brought home the #AYC2022 Golden Arm Award, much to his surprise.

“When I won the Golden Arm, I was surprised because I thought there were plenty of other great pitchers who threw well throughout the tournament,” Logan said. “I felt very honoured to receive the award and I have to give credit to not only the coaches of this Victoria team but also my coaches over the summer and winter seasons who have challenged and stretched me when playing seniors baseball.”

Logan, who plays with Preston and Greensborough, spent months training hard in the leadup to the AYC, the first national tournament in over two years. His hard work paid off, earning him a spot on the 20-player Victorian roster. He went on to pick up two wins with a 1.750 ERA over eight innings as Victoria finished 5-3 overall.

“I had a lot of fun representing Victoria with a great playing group and enjoyed spending time getting to know my team more,” Logan said.

This marked his first time playing baseball in the Victorian uniform at a national level and facing off against NSW in the grand final is something he won’t forget.

“I feel the biggest strength that our team had was the depth in our pitching lineup and how the coaches managed that, a huge credit goes to them for knowing when to pitch who and for how many pitches,” Logan said. “Another strength of this team was our closeness as a group and the culture we built being able to talk and communicate with one another freely.”

Logan learned a lot from the experience, including how to overcome nerves and get the job done.

“One of my challenges at the beginning of the tournament was dealing with the nerves but after settling down and taking the game one pitch at a time it just felt like any other game.”

Looking into the future, Logan hopes to stay healthy and continue improving his pitching and batting.

“I aim to stay fit and healthy and keep playing baseball until I’m an old man. As for my goals, like many young baseballers I’d like to continue my baseball development and academic studies in the US.”