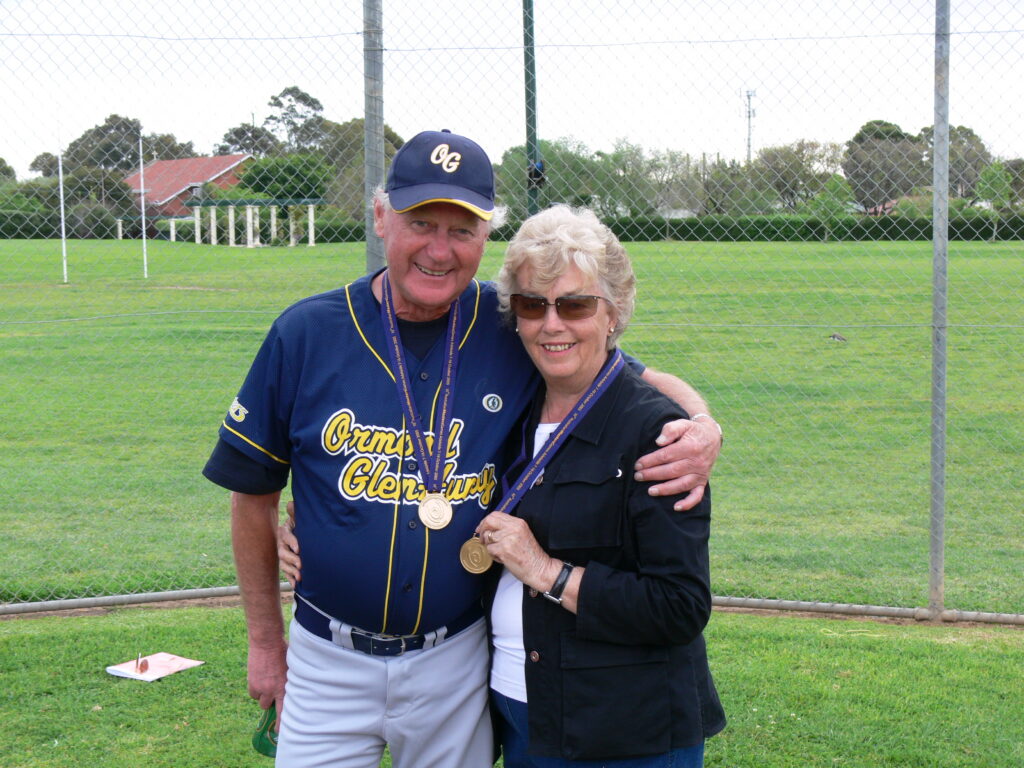 The Governor-General announced the Queen’s Birthday 2020 Honours List on Monday, 8 June, recognising outstanding contributors with the Order of Australia, including the historical baseball icon.

The Order of Australia recognises Australians who have demonstrated outstanding service or exceptional achievement. Pidwell has a long history of involvement with the grassroots sporting community, starting when he joined Glenhuntly in 1949 as a 13-year-old junior player. By 1954, at the age of 18, he had taken his commitment to the next level, serving the club off the field as Honorary Assistant Secretary and the Minor League Delegate to the VBA.

Pidwell was appointed Glenhuntly Club Secretary in 1957, Treasurer in 1958 and Club Coach in 1962. He became president of Glenhuntly in 1963 and returned to the post of Treasurer once more in 1965, when he was also awarded Life Membership and Club Champion. In addition to his valuable contributions on the committee level, Pidwell was a passionate player on the field. In 1956 and 1957 he represented Victoria and played for the Heinz Hornets in a night baseball series at the old South Melbourne football ground.

Pidwell won Glenhuntly’s Batting Champion Award in 1967 and played his last game for Glenhuntly at the start of the 1970 winter season, just before the amalgamation with Ormond occurred. He returned to baseball in 1974, playing and coaching several winter teams at Ormond Glenhuntly up until 1978. He was part of the resurrection committee in 1979, working to ensure a bright future for the club, where he would coach for the next two summer seasons.

Pidwell served as President of Ormond Glenhuntly from 1982 to 1990 and was a driving force in bringing the club back from near extinction. During this time, he also served as treasurer of the Dandenong Baseball Association and was on the Board of the VBA Executives.

In 2002, Pidwell played in the World Masters Games in Geelong and even pitched in one game upon the insistence of the umpire who knew him well.  In 2003 and 2005, he coached the Ormond Glenhuntly Masters Teams at the Australian Masters Games in Canberra and Adelaide, winning a bronze and gold medal respectively.

In October 2018, Bill was awarded Legend Status with the Ormond Glenhuntly Baseball Club following 70 years of outstanding service. Pidwell took part in softball too and is a life member at Glen Waverley Softball Club, where he served as President, Coach and Treasurer.

“He’s a gentleman through and through would do anything for anybody,” Allan Carter, Ormond Glenhuntly Life Member, said. “He promoted sport all the time, he’s an exceptional sporting person and human being.”

Pidwell feels privileged to achieve this prestigious recognition after being so involved in local sport. “I was very surprised when it first was mentioned because I wasn’t aware that I had been nominated. When I got that information, I was quite chuffed about the whole idea and very pleased to be given the opportunity to accept the award nomination,” Pidwell said. “It’s very humbling to get recognition for those years I enjoyed tremendously. It was never a hardship, I just enjoyed being involved at that level at the time. I played against some of the best players and made some good friendships over the years, and I’m still very much involved in the club level.”