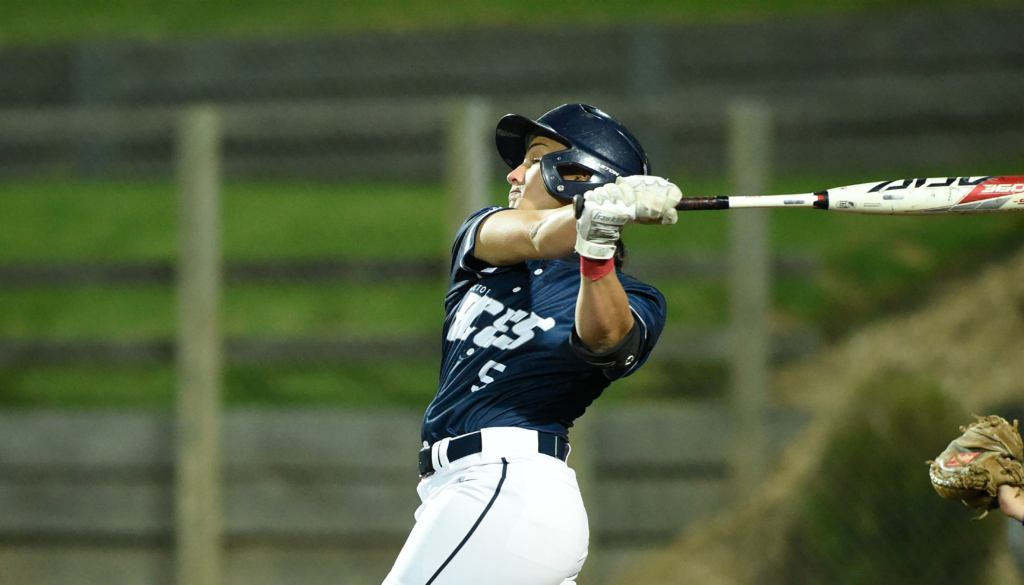 #VictoriaAces Come Up Short in Battle With Giants, Look to Bounce Back vs Bandits

Victoria Aces and Adelaide Giants went head-to-head in a Friday night classic at Geelong Baseball Centre, with the Giants proving too good, winning 4-0 over the Aces as the 2022 Australian Women's Baseball Showcase continued.

Victoria had five hits as starter Jess Johnson allowed only two hits in a pitchers’ duel with Adelaide's Mizuki Bando. A grand slam from Ayami Sato in the third following a rain delay made all the difference in an otherwise tight matchup.

The Aces loaded the bases in the first as Abbey Kelly singled, Morgan Doty walked, and Abbey McLellan was hit by pitch, although they couldn't quite get around to score.

A quick second led into the third, when Victoria got three runners on with walks to Bronwyn Gell and Doty and a single from McLellan. Adelaide turned the double play to keep the Aces off the board, and soon the Giants broke through with four runs in the bottom half of the inning.

The Giants got the final out of the game with Aces on the corners after Morgan Doty's double and McLellan's single in the top of the fifth.

Victoria's Jess Johnson threw 60 pitches in four innings with two hits, one walk, and two strikeouts. McLellan had two hits while Kelly, Doty, and Forkin had one each.

Victoria head into Saturday with a 2-1 record while the Giants are 1-2 and Brisbane Bandits 1-1.

The Aces will face the Bandits from 4:05pm on Saturday, followed by the Brisbane vs. Adelaide clash at 7:05pm clash.

The top two teams at the end of Saturday will book a spot in Sunday's grand final, slated for 12:05pm.

Head to Geelong Baseball Centre to see all the action in person, or watch live on Kayo Sports or at baseball.com.au/videos.