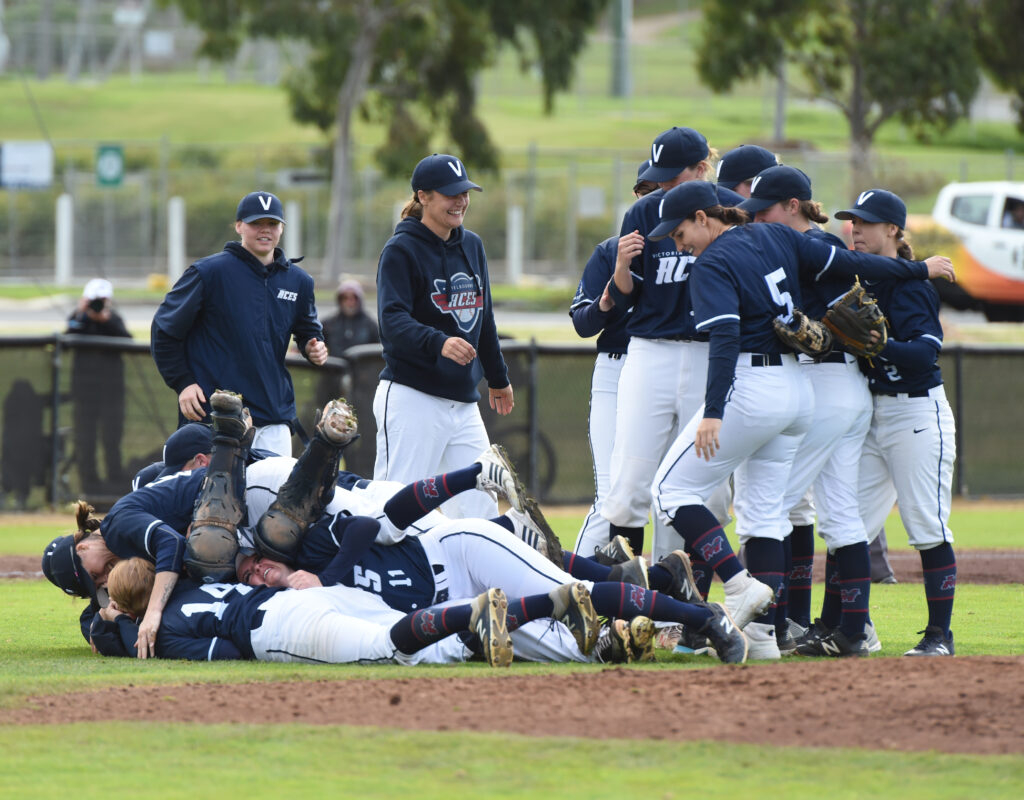 The Aces rallied late to top Brisbane Bandits 7-4 in the four-day event’s grand final in Geelong on Sunday. Taylah Welch’s two-out RBI-single put Victoria on top after an Anna Kimbrell sacrifice fly tied the contest in the top of the fifth.

Morgan Doty was hit by a pitch with the bases-loaded to make it 7-3 as the Aces batted around.

Jess Johnson shut the door in the bottom of the fifth but not without a scare. Jordan Richardson launched a solo homer to start the home half of the inning, but Victoria turned a double play to finish the job.

The Bandits had regained the lead for a second time in the bottom of the fourth. Allison Schroder’s RBI-single made it 3-2 but Brisbane was unable to hold off the Aces in the top of the fifth.

Doty reached on an error ahead of a single from Chelsea Forkin. Kimbrell cashed in on runners in scoring position to draw the Aces level ahead of Welch sending one back up the middle for the lead.

Earlier, Doty’s lead-off homer in the top of the second opened the scoring, followed by a single from Chelsea Forkin to draw a pitching change.

Claire Eccles came in and struck out a pair of batters to strand two runners and keep the margin at one. Brisbane made it 2-1 in the bottom of the second before a two-out error in the fourth allowed Victoria to tie the contest.

Schroder’s RBI put Brisbane on top once more but Victoria was not done yet, putting together a five-run fifth to seal the deal.