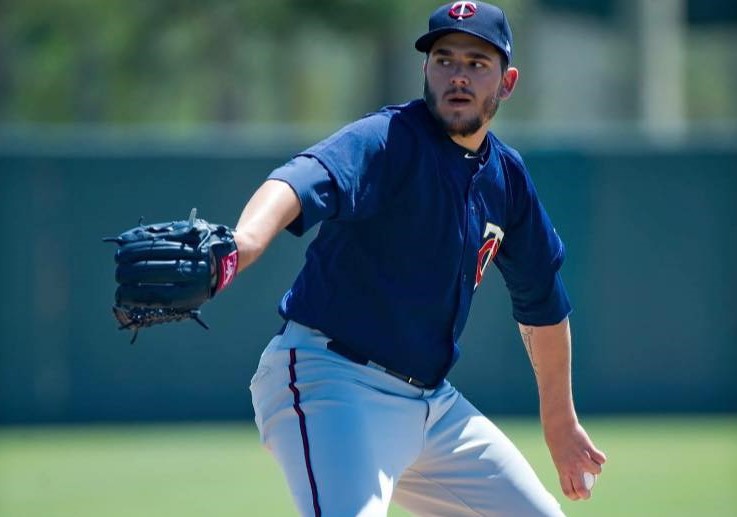 Victorian Lewis Thorpe has made the Minnesota Twins 30-man Opening Day roster as the shortened MLB season gets underway.

The Twins open the 60-game season on Friday, 24 July at the Chicago White Sox, the same stadium where Thorpe made his MLB debut on 30 June 2019, two days after being promoted to the Majors. He was solid in his first outing, throwing five innings, giving up just two runs with seven strikeouts in an eventual 4-3 loss with a rain delay ending his time on the mound.

Thorpe, who was one of four Australians named to a 60-man MLB player pool ahead of the season, will start off as a long reliever, with a shot to transition into the starting rotation if an opening becomes available. Last year, the left-hander made 12 appearances with 27.2 innings pitched for a 3-2 win-loss record and an ERA of 6.18 with 31 strikeouts.

Fellow Aussie Aaron Whitefield has also made the Twins 30-man roster, adding outfield depth with a chance to follow in Thorpe’s footsteps and become the 35th Australian to appear in the MLB. The country’s other MLB player pool representatives are Oakland Athletics reliever Liam Hendriks, who is on the team’s 30-man roster, and Melbourne Aces fan-favorite Allan de San Miguel in Kansas City.

As the 10th Victorian and 34th Australian to debut in the MLB, Thorpe has proven that dedication and determination can pay off, starting from the early days at the club level. Long before he was living his dream in the U.S., he was an up-and-coming junior player putting in time at Doncaster and Greenhills Montmorency Baseball Clubs.

Introduced to the sport by a family friend at the age of seven, Thorpe quickly unlocked his passion and rose up the junior ranks. As a teen, he was one of Doncaster’s main VSBL players to watch, and he furthered his development as a Victorian State Team representative.

Thorpe progressed through the Baseball Victoria High Performance Program and got the chance to play for his state on the national stage. He represented Victoria at the U14, U16 and U18 level and was a member of both the senior and junior Australian teams. He also attended the MLB Australian Academy Program.

“He was a standout player with both his summer and winter clubs plus several representative honours prior to his professional signing with the Twins,” Baseball Victoria Talent Development Manager Damian Shanahan said. “He was the starting pitcher in the historic 1-0 win over eventual gold medallist USA at the 2013 U18 World Championships in Taiwan, where Berwick’s Lachlan Madden was also part of the relief effort to hold onto the lead.”

The left-handed pitcher signed with the Twins organisation in 2012, made his ABL debut for the Melbourne Aces in 2013 and overcame Tommy John surgery in 2015 to climb back up the Minor League ranks.

Lachlan Craven, Vice President of Doncaster Baseball Club, once played alongside Thorpe and says the entire Dragons community is so proud of how far he’s come. “Seeing Lewis break into Major League Baseball last year was an immense thrill for everyone who's ever been associated with the Doncaster Baseball Club,” Craven said. “To have a player reach the pinnacle of the sport from both our and GMBC's programs is just amazing!”

Craven says the club recognised Thorpe as a special talent early on and has been supporting him ever since. “His junior teams led by Mark 'Lester' Ellis really were a golden era for the club and many of those players have and still are achieving great things,” Craven said. “Lewis' journey has been incredible so far and we are cheering for him daily. He has been able to achieve a dream that is so far out of sight for so many that it's almost like he is playing out our dreams for us. All of us at the Dragons wish him all the luck this year and we can't wait to see what is in store for him!”

Colin Booth, President of Greenhills Montmorency Baseball Club, shares similar sentiments on behalf of Thorpe’s beloved winter club. Thorpe was the second player from GMBC to make the MLB after James Beresford debut in 2016, also with the Twins. “We always thought he would get there, now the challenge is to stay there,” Booth said. “Lewis and Daniel McGrath were both playing at the same time, two young lefties who signed at the same time from the same club was a pretty awesome thing to witness.”

Booth says Thorpe’s success is a testament to what players can do if they put in the hard work and overcome challenges along the way. His accomplishments mean a lot to the club community. “His success helps us with promoting the club as a place where young players can develop at a pace that is in line with their mental and physical maturity,” Booth said. “It is great for our juniors to have people like Lewis to look up to and inspire them to achieve their dreams. Our goals for him are to have a long and successful MLB career and to establish himself as one of the great Aussies to have played over there.”

Baseball Victoria wishes Thorpe and his fellow Aussies the best of luck this MLB season. For up-to-date schedules and scores for Thorpe and his Twins teammates, visit the official MLB website here.