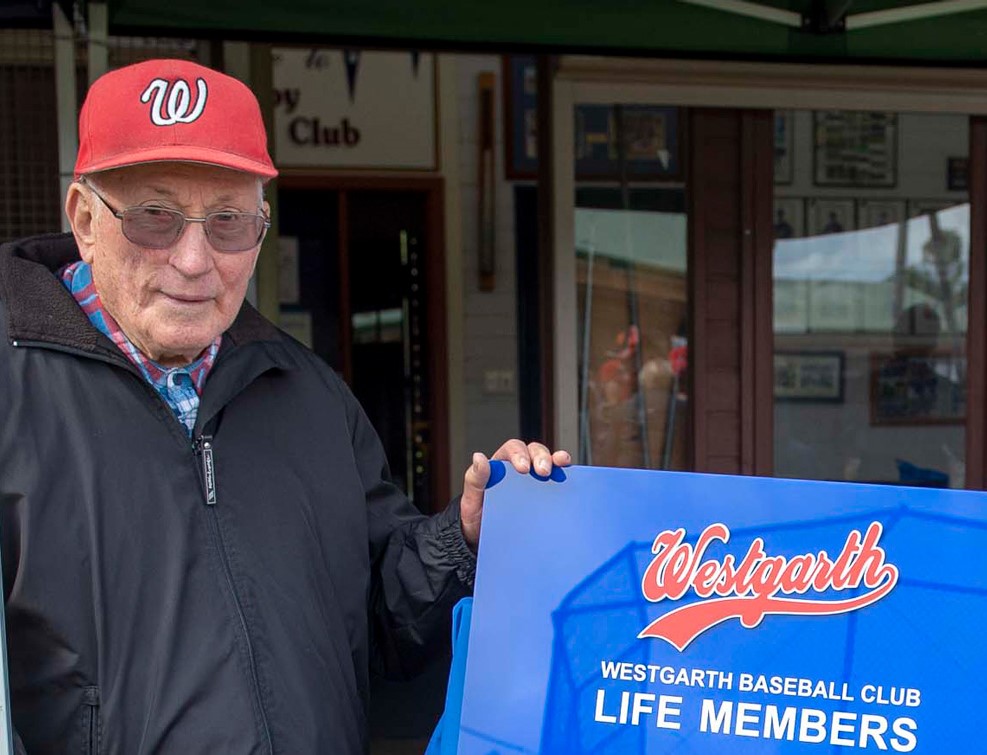 Roy is a beloved figure at Westgarth, having contributed 75 years of active volunteering, including an incredible run of 57 years as Club Treasurer. Since his debut in 1945, he played more than 300 games over 28 seasons with nine premierships under his belt. His efforts earned him life membership at the club in 1975.

Roy took up coaching the club when it reformed after World War II, leading the team to premiership glory in its first year back. That was just the start of his significant contributions to Westgarth, and the club batting trophy was eventually renamed the Roy Bartlett Trophy in 2009.

Baseball is a family affair for the Bartlett family, with the notable coach, player and committee member encouraging his son and grandson to get involved too. The entire club community is thrilled to have such a strong supporter in Roy.

“The club wouldn’t be here without him. There were three founding fathers of the club in Roy and the late Don Gough and Richard Legge,” Current Westgarth Club President Dean Perry said. “We’re very grateful of his contributions and the fact he’s still around is incredible. Roy has been coming to baseball every Saturday home game for as long as I’ve been at the club. Last year he threw out first pitch in the club’s heritage game against Melbourne Uni on his 99th birthday.”

Baseball Victoria joins Westgarth Baseball Club in wishing Roy a very happy birthday and thanking him for his tireless commitment and dedication to Victorian club baseball.