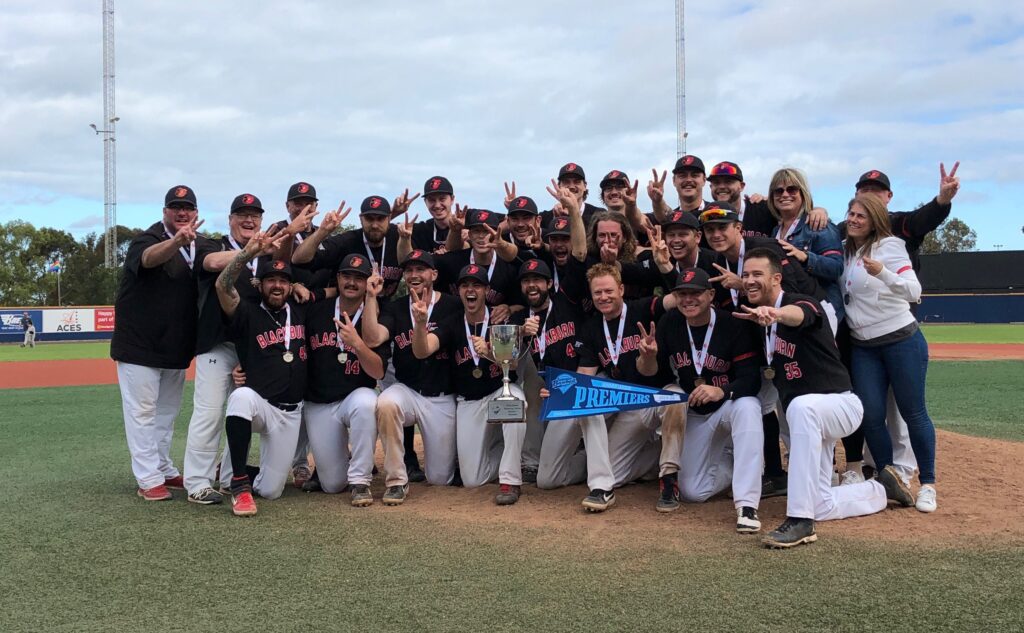 Andrew Jones Looks Ahead to Another Awesome Season With Blackburn

Andrew Jones is proud to be part of Blackburn Baseball Club, as he appreciates the sense of comradery that allowed the club’s Division One Firsts to take home back to back VSBL premierships.

Jones’ stellar pitching in the championship played a big role, earning him the Harry Wonnacott Medal as the Grand Final MVP in addition to the Harry Douglas Memorial Trophy for the Division One Pitching Award thanks to his 0.54 ERA in the 2019/20 season.

Jones wasn’t the only winner from Blackburn announced during last month’s Baseball Victoria Awards. Teammate Jacob Evans took out the home run and batting awards while Matthew Tayler won the Coach of the Year Award and Brooke Tierney received the Volunteer of the Year Award. Jones says winning the award felt pretty good, but it wouldn’t be possible without the support of his fellow baseballers.

“I would owe a large majority of that success to my teammates," Jones said. "It makes life easy when you have some of the best offence and defence behind you."

A 20-year veteran of the game, Jones has had faith in his team since joining Blackburn back in 2016 after returning from his collegiate career in the U.S. He chased his baseball dreams overseas in 2010, first playing for Grayson County College in Denison, Texas, before being recruited to play for the University of Hawaii. He also spent time in San Francisco ahead of his return home. There were a few main reasons why he decided to join Blackburn, a decision he’s never regretted.

“The coaching group fit into what I was looking for in a baseball club, the playing squad was diverse with a range of veterans that I could still learn from, and the community aspect of the club was perfect for myself and my partner from the US to fit into,” Jones recalled. “The community at Blackburn is like no other.”

Jones notes the club’s strengths are its sense of community and professionalism, which go hand-in-hand to attract and retain talent at the grassroots level. His favorite thing about Blackburn is how valued every member is. “It doesn't really matter whether you are a junior player, senior player, coach, parent, or support staff, the environment they have created makes you feel welcome and excited to get down there, sit on the lawn, and enjoy some games of baseball with friends,” Jones said.

Reflecting on last season, Jones says all the pieces seemed to fit together to make it a fantastic year for not just the top nine, but the entire club. “Everybody played their role and contributed to the success of the season whilst also remembering that they are there to have fun,” Jones said.

Enjoying fresh air and physical activity alongside friends will be especially important after the challenging year, and Jones is pumped for the 2020/21 VSBL season. “It might be a bit different this year with everything that is going on, but I think everybody is keen to get back and start playing or supporting the club to achieve some more titles,” Jones said. “We have a great group both on and off the field ready to enjoy another season.”

Jones is confident Blackburn can continue to strengthen its junior program to develop the next generation as well as the existing senior playing squad. “Off the field, the club is building a support crew that just makes life so much easier for players and spectators of the game,” Jones said. “If you have ever been to a Blackburn game, the chances are you would have had an interaction with one of them.”

With fond memories of singing the Blackburn song after winning premierships, Jones knows he has a lot to look forward to this season. He is especially thankful to the club president and secretary, Russell Hodgson and Brooke Tierney. “If you know Blackburn you know Slugger. The club wouldn’t operate without him," Jones said. "It's not often that you have somebody with the professional world skills willing to make such an impact to a local baseball club, so we are lucky to have Brooke around too."

Dedicated scorer Leah Hodgson, Matthew Tayler and catcher Ryan Berg also make his experience a wonderful one. “Leah is one of the best scorers in Australia, so we have some great talent on and off the field,” Jones said. “Bergy has given me the veteran experience I was looking for when I moved to Blackburn, his knowledge of batters when calling a game from behind the plate is directly related to my success last season.”

When asked why he loves baseball, Jones has a simple and honest answer: “A couple of hours of creating long-lasting memories with your mates on the weekend, who wouldn't love it?”