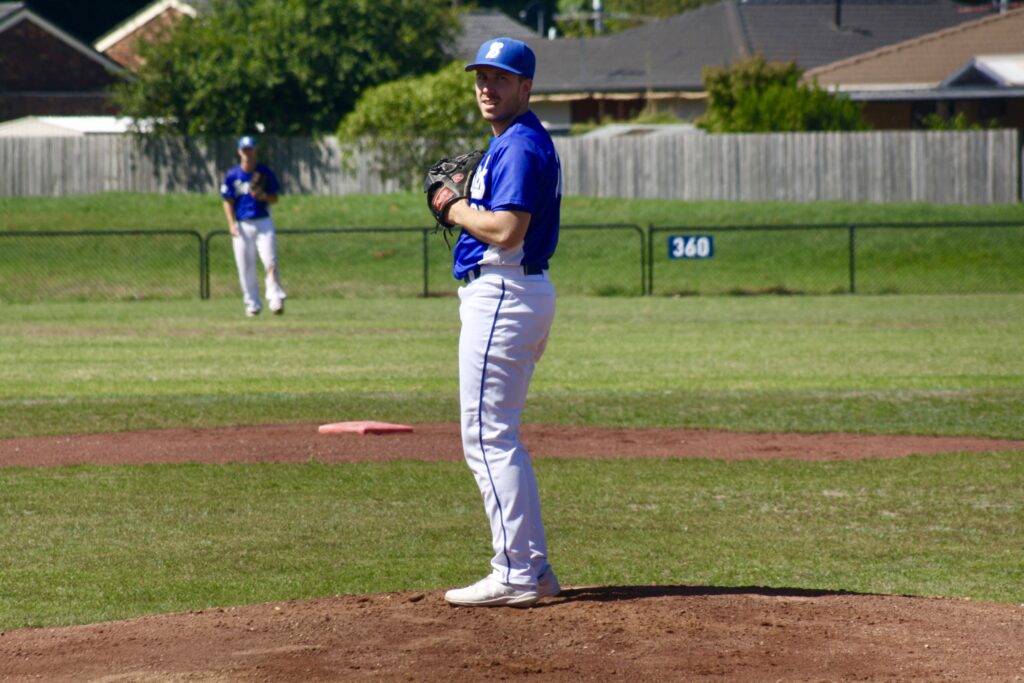 Craig Barnett is riding the momentum of a successful summer season with Berwick City Cougars and looking ahead to a bright future for his beloved local club.

During the 2021/22 VSBL season, Barnett proved versatile on the mound and at the plate, maintaining a batting average of 0.377 and collecting 21 votes to be named the Division 1 MVP at the 2022 Baseball Victoria Awards.

“Individual awards are always fun to win, and I'm incredibly proud to bring this one back to Berwick,” Barnett said. “It was only 12 years ago that Berwick was a middle-of-the-pack Division 3 club. Not many people know that!”

“With a strong focus on development and setting the right standards through our values, we've become a competitor in Division 1. This is something that we are very proud of and continue to build on season to season.”

Looking back on the past summer, Barnett credits challenging games like a hard-fought midweek win against Melbourne and a 7-inning, 14-strikeout game vs. Melbourne with motivating the Cougars to do their best.

“Due to no ABL season, I think the pitching you would face game-to-game was a lot stronger than any other season I can remember,” Barnett recalled. “That would mean you'd have to grind a lot longer against some high-quality arms. We had some very good 3-2 and 2-1 type wins against ABL quality arms which only shows resilience in tough situations.”

Barnett, who started playing baseball at the age of 10 after striking out with footy, says he values the importance of good pitching and strives to give Berwick the best start possible.

“The pitcher has the greatest opportunity on any given day to affect the outcome of the result for their team.”

With their sights set on next season, Barnett and the rest of the Berwick team are ready to make club history in the top division.

“This summer, I'm looking forward to another year wiser and stronger with the same group of players, plus the addition of a few new faces. Who knows where we will be placed by the end of it all,” Barnett said. “My goal is to hold the Division 1 championship trophy over my head.”