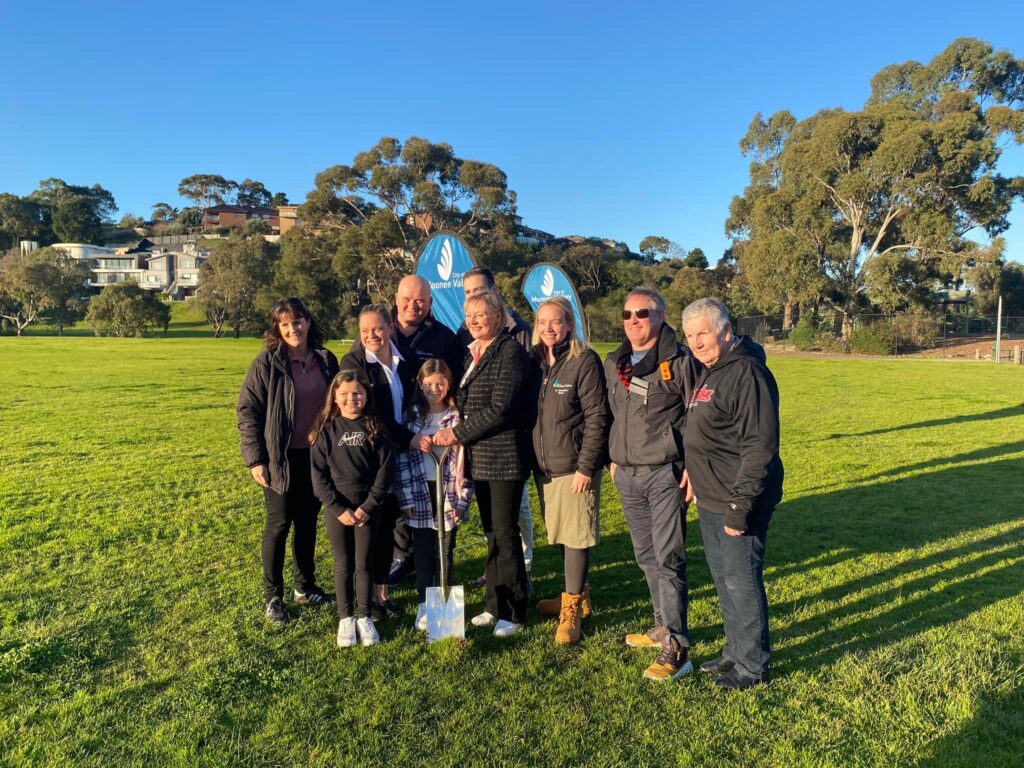 It was a special week for Essendon Baseball Club (EBC) as construction commenced on the Chris Lane Memorial Field at Boeing Reserve, a project 8.5 years in the making.

Chris Lane was a beloved member of EBC with a bright future ahead of him when his life was tragically cut short in August 2013. Named in his honour, the memorial will provide a dedicated junior baseball field complete with synthetic turf, drainage, fencing and seating to meet Little League standards.

The turning of the ground took place on Tuesday 19 July, with the Moonee Valley City Council Mayor and committee members joining EBC for the special event. EBC President Tony Cornish says it’s been a long hard road but it’s all worth it, especially with construction officially underway.

“As we say at EBC, a goal is only as worthy as the effort needed to achieve it. This certainly took a lot of effort from a lot of people with stakeholders such as Musco Lighting, Victorian State Government, #CL40, EBC, City of Moonee Valley, Major League Baseball, and of course, the Lane family,” Cornish said.

“This field will be a great way for the baseball community to remember Chris who loved the club and the game. Hopefully the field will encourage more juniors to play our game by giving them a fantastic experience.”

The club envisions the field will be enjoyed by baseballers across the state and country.

“Council estimates the field will be finished by the end of the year, so hopefully we can have a huge opening early next year. We want to make the opening the biggest event Baseball Victoria has ever held for Little League,” Cornish added. “Chris's girlfriend at the time, her family, and his coach have also indicated they want to be present. Our initial thought is to have a round robin event with players from across the state to showcase the field under lights.”

“We would also like to thank all those outside of EBC who have helped with this journey, including Mark Ellis, Mick Wearne, Dan Omodio, Tom Nicholson, Michael Crooks, councillors Narelle Sharpe and John Sipek and Mayor Samantha Byrne.”