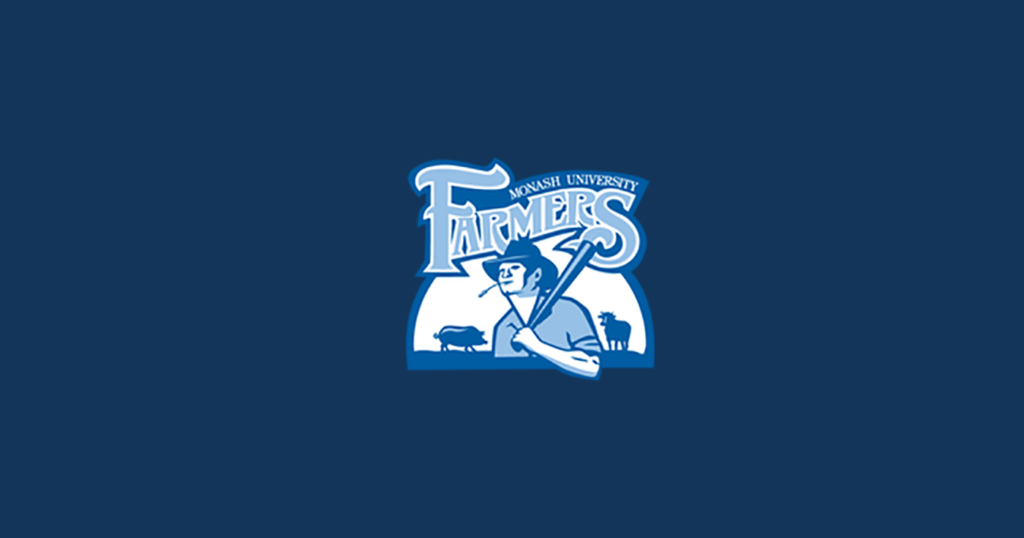 Receiving the award after a great season with his teammates came as a welcome surprise for Nakai. “Winning the Div 4 South MVP was a bolt from the blue for me, since I wasn't aware that I'd even be in the running for it,” Nakai said. “But I can't lie, it feels great!”

Nakai has been working at Monash Uni for two years, but only joined the Farmers last year, making his win even sweeter. “Baseball has been a part of my life since I was a kid in the U.S., but since I always played it semi-casually and wasn't as competitive with it as some of my peers, I was worried that I'd be the worst of the pack in the Monash Uni team and would be pulling them down,” Nakai said.

Luckily, he had nothing to worry about and quickly fit right in with the rest of the team. “ After joining the team, it's easy to see that my worries were overblown,” Nakai said. “Everyone's very welcoming to anyone new regardless of skill or talent. I'd say this ability to pull people together from different backgrounds and still create a cohesive team is the club's core strength.”

Nakai and his teammates share the sentiment that as long as they are having fun on the field, that’s all that matters at the end of the day. “I always felt that whether we win or lose, everyone's having a good time just being out in the sun, hitting and fielding some baseballs,” Nakai said. “That being said, this team became competitive when we needed to, and people got invested in some spectacular games.”

The last game of the VSBL season was a particularly memorable one for the Farmers. “With every inning being a heartstopper, our team really came together to try and eek a win out,” Nakai recalled. “While we ended up losing the game 1-2 thanks to the other team's great pitching, everyone gave it their all and it turned out to be a real gem of a game that I still remember vividly.”

One of his other favourite memories was a walk-off in the middle of the 2019 winter season. The Farmers came back to win it in the bottom of the eighth with eight consecutive hits after being down by four or five runs. “It was a whirlwind of a game, with many quick outs during the middle innings including some great fielding plays from our team leading to a huge eighth inning rally” Nakai said. “Any fatigue I had from the 128 pitches I threw got blown away from the joy of coming back from such a deficit, and I remember the excitement running through the air after the game had finished.”

Looking ahead to the future, Nakai hopes to keep winning while having the most fun possible and working to further improve his control. “I'm lucky enough to have a catcher that leads me extremely well - I probably only shook him off two or three times last season - so it'd be nice if I could consistently put the ball where he wants it,” Nakai said. “Otherwise, I'd like to improve my velocity and perhaps develop a changeup alongside my curveball, since breaking balls are always real fun to throw.”

Nakai is grateful for his teammates who were always there to field every ball and provide great defense, keeping him out of some dicey situation. “I'd like to shout out Thomas Tang, our catcher. In my eyes, he's earned this MVP at least as much as I have, if not more, for his great catching and offensive production,” Nakai said. “He called some great games which allowed me to solely focus on my pitching mechanics without worrying about pitch sequence or baserunners. Special thanks to our player-manager Michael Hibbert for organizing and managing our team throughout the season.”

After months of lockdown the club is preparing for the summer season, and Nakai hopes to see more players getting involved and enjoying the grassroots baseball experience. “If you're located near Monash University and have an interest in playing baseball, I'd really encourage you to give our team a try,” Nakai said. “It's a great environment to play in whether you're just starting out or a veteran in the sport.”