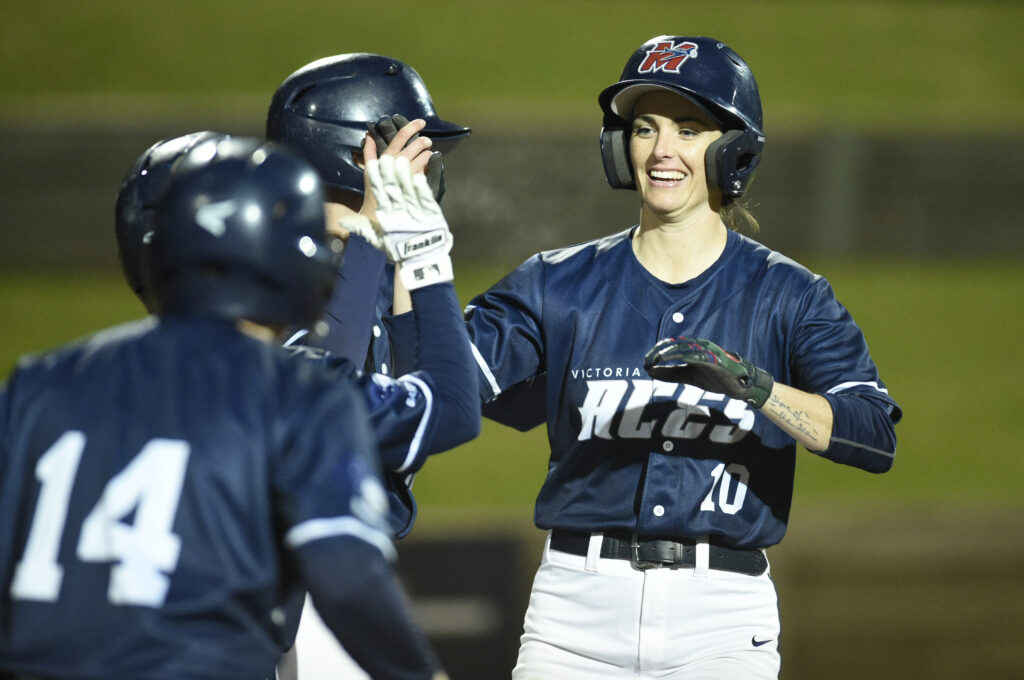 Victoria Aces hold a 2-0 record following the first day of the 2022 Australian Women’s Baseball Showcase in Geelong, thanks to a wild win over the Brisbane Bandits on Thursday night.

The Aces reeled in an early 7-0 deficit to record a 14-11 win at Geelong Baseball Centre.

Morgan Doty’s grand slam in the bottom of the first put Victoria on top and they regained the lead once again with a four-run bottom of the second.

The infielder sent a lead-off shot to right to make it 3-1, and soon led off the fourth with a shot to left field to put the Aces up by three runs.

Left-hander Genevieve Beacom provided Victoria with a strong start on the mound. Beacom struck out five in two innings of work before Bebbere took over.

Gell handed Beacom and the Aces a lead in the bottom of the first. The 2022 Australian Women’s Baseball Championship most valuable player capitalised on an error to start the bottom of the inning, sending a long ball to centre to make it 2-0. Gell also made a couple of nifty plays to deny the Giants.

The Aces made the most of strong fielding to turn an inning-ending double play in the top of the third.

Click HERE for box scores from both games, and stay tuned as the Australian Women's Baseball Showcase continues on Friday with the Aces and Giants meeting once again starting at 7:05pm.

All seven games from the 2022 Australian Women’s Baseball Showcase will be shown on Kayo Sports and at baseball.com.au/videos.

You can also visit Geelong Baseball Centre to watch the Victoria Aces live!

Read more about the Victoria Aces HERE and follow along on social media: