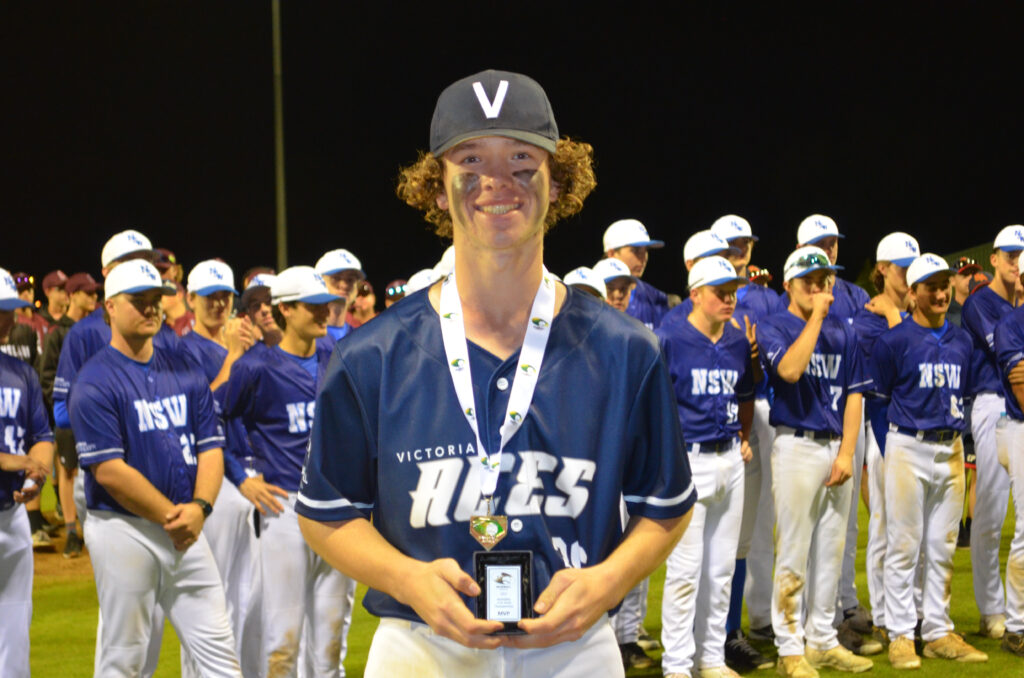 Jack Ratcliffe may have won MVP at the 2022 Australian U16 Youth Championship, but he’s not slowing down anytime soon as he sets his sights on the Senior League World Series.

The #AYC2022 standout was a big part of Victoria’s silver medal finish, going 3-for-3 in the final game with 11 hits overall. He had six singles, three doubles, and two home runs for eight RBIs across the tournament, earning him the MVP honour alongside Golden Arm Logan O’Brien.

“When I was named MVP of the tournament, I was speechless and surprised as I knew there were other players who had a great tournament as well,” Jack said. “Winning this award felt like all my previous hard work on focusing to get better physically and mentally at trainings had come together.”

For Jack, nationals gave him a chance to forge a tighter bond with his teammates, who stuck together even when the games got tough.

“The energy was always high and they were always there to pick you up and get you back on your feet when something didn’t go your way out on the baseball field,” Jack added. “We all believe in one another to get the job done as well as knowing what our individual roles were for every game. Hitting my first home run against NSW Country under the lights as well as hitting a game-tying glam slam against NSW in the battle for top spot was a thrill."

As the team focused on defence and consistency, Jack worked on his composure.

“An individual challenge I had was overthinking and having too much on my mind when I was batting, pitching, or fielding. The way I overcome this was by keeping everything simple and focusing on the one thing I needed to execute which was ‘see ball, hit ball, do damage’, or ‘locate, get ahead’.

“All this hard work wouldn’t be possible without all my coaches I have had over my baseball so far, including my dad who has pushed me to my limits to improve and prepare me mentally. It was not only the coaches I would give credit to, but also my senior teammates who would stay back after trainings to hit me countless groundballs."

With the dust settled on #AYC2022, Jack has turned his attention to Eastern Athletics' campaign at the Senior League World Series. In addition to his baseball development throughout nationals, he also learned a lot playing with Upwey Ferntree Gully in the VSBL Division 1 Firsts, which won the premiership back in March.

"All this baseball and experience has set me up for this tournament as I had learnt how to stay composed in big situations under pressure," Jack added.

Jack hopes his baseball career is just getting started.

"My goal for the future is to play baseball to the highest level I can through college baseball with sights on playing professional baseball."